February 12, 2005:  The weather was good and the flight was good.  Here are some photos on the ground after a good flight with me in the right seat with David Edgemon in his RV-9A.  David had been busy this morning with a flight from Moontown (3M5) over to Decatur, Alabama (KDCU), then down to Pell City, Alabama (KPLR) for breakfast with some other planes from TVRVBG, back to Moontown to drop off a passenger, then to meet me at Dallas Bay Skypark (1A0) for a flight with me.   This picture was after our flight where I had a chance to get the feel of his airplane above the Sequatchie Valley at 6,500 MSL.  It was smooth as silk at that altitude, and the stalls were a non-event with no nasty tendencies. 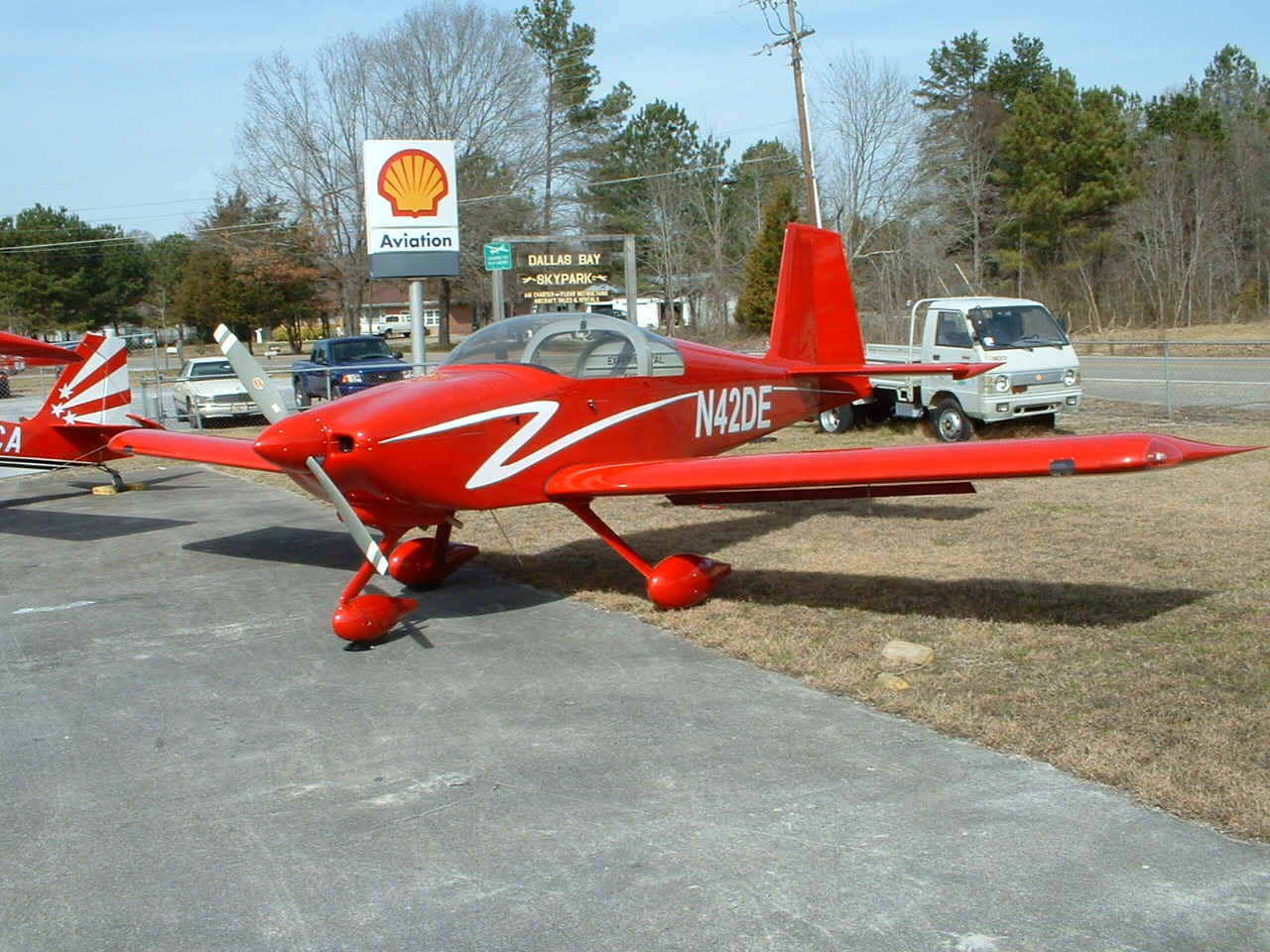 I was just happy to get the feel of the airplane at 160 knots, then David slowed it down a bit and showed me some steep turns at 60 degrees of bank that were solid with no nasty tendencies, just smooth and positive!

We parked the airplane as you see above and went to my place to let David see my project for the first time.  He had a chance to see what I had done with a slider canopy and the differences between the firewall and the control panel.  I of course got the advice I needed on the filtered air box questions I had, since that part of our planes is the same.  We stopped at a good deli for lunch before heading back to the airport.  David is getting ready to launch as I took this picture. 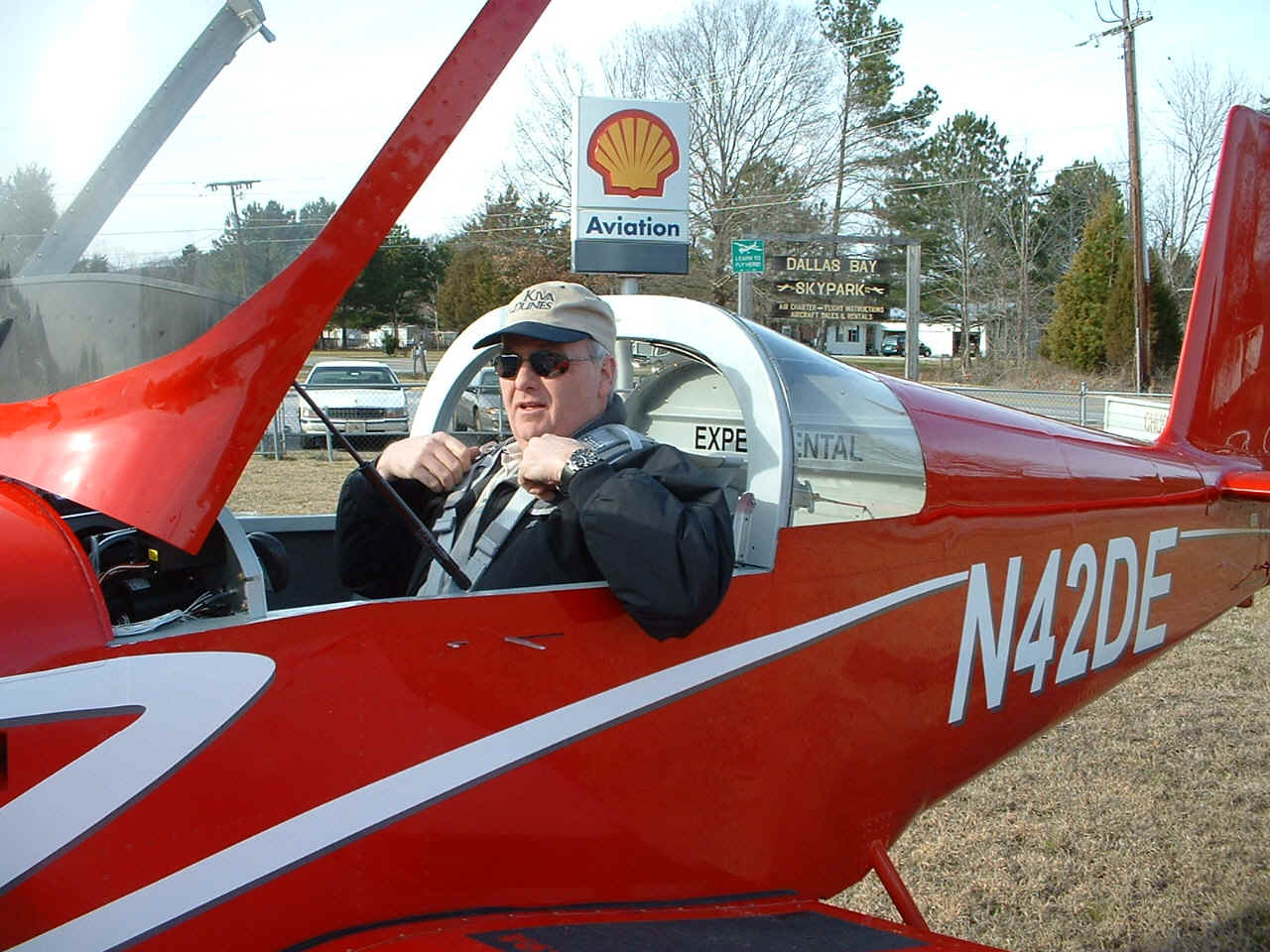 And of course, what would a day in an RV be like without the official RV-grin photo.  We shook hands and he was off as the local airport guys got their first look at an RV-9A climbing out of Dallas Bay Skypark at 2000 feet per minute. 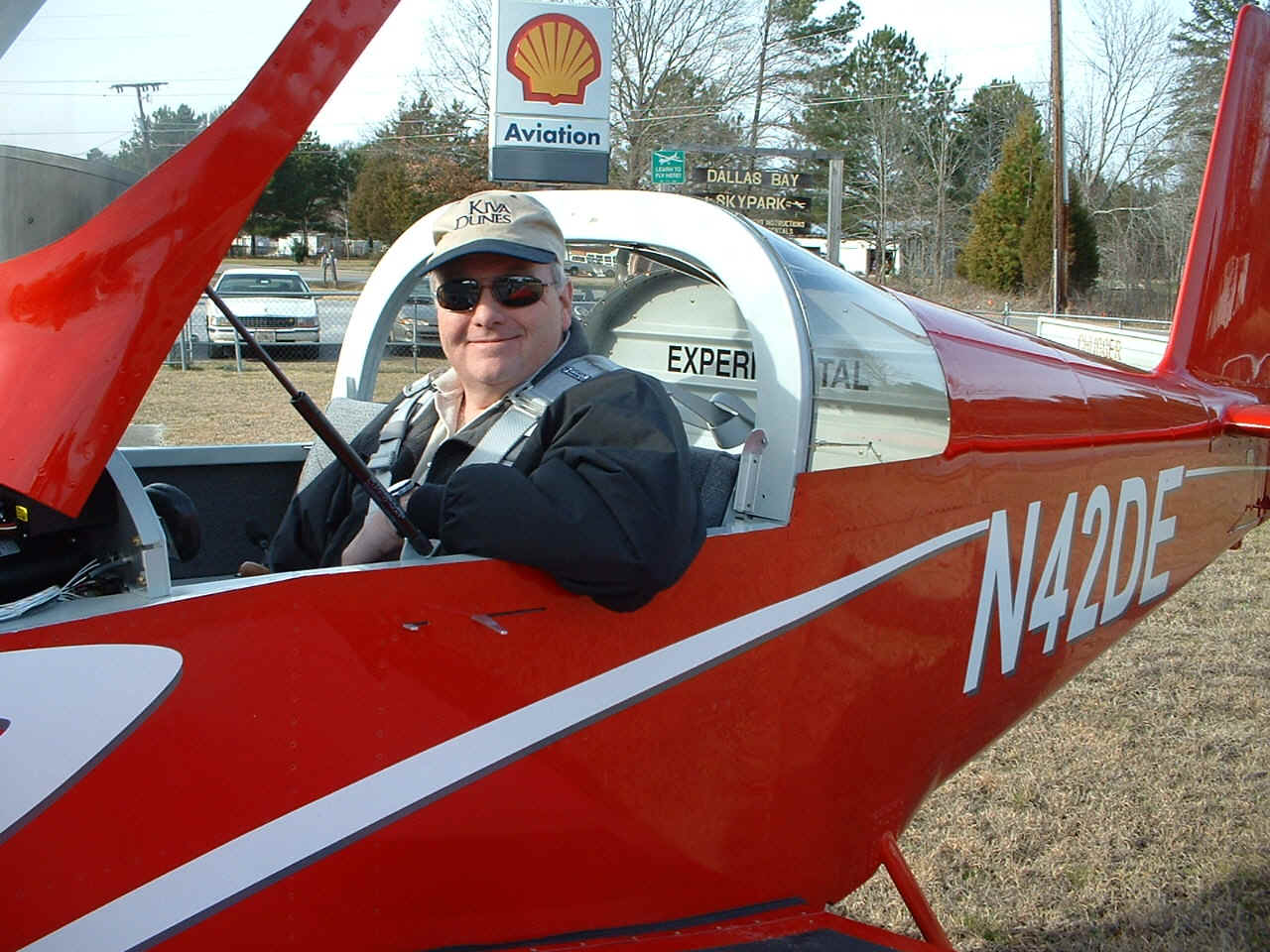 What a way to spend a Saturday!