May 24, 2014: I took this photo looking out the right side of the cockpit when I was still at 6,500 MSL as I turned toward the ocean just before I began the to descend to pattern altitude at Massey Ranch.

I headed south after my full stop landing and takeoff from Massey.  I made a touch and go at Dunn Airpark before the jump plane let out three sky divers far above me on the ground.  I saw them about a mile off to my left when I was at 2,500 MSL out over I-95 heading south.  I took this photo as I was passing the causeway to NASA at Kennedy Space Center.  I-95 is at the bottom of the photo. 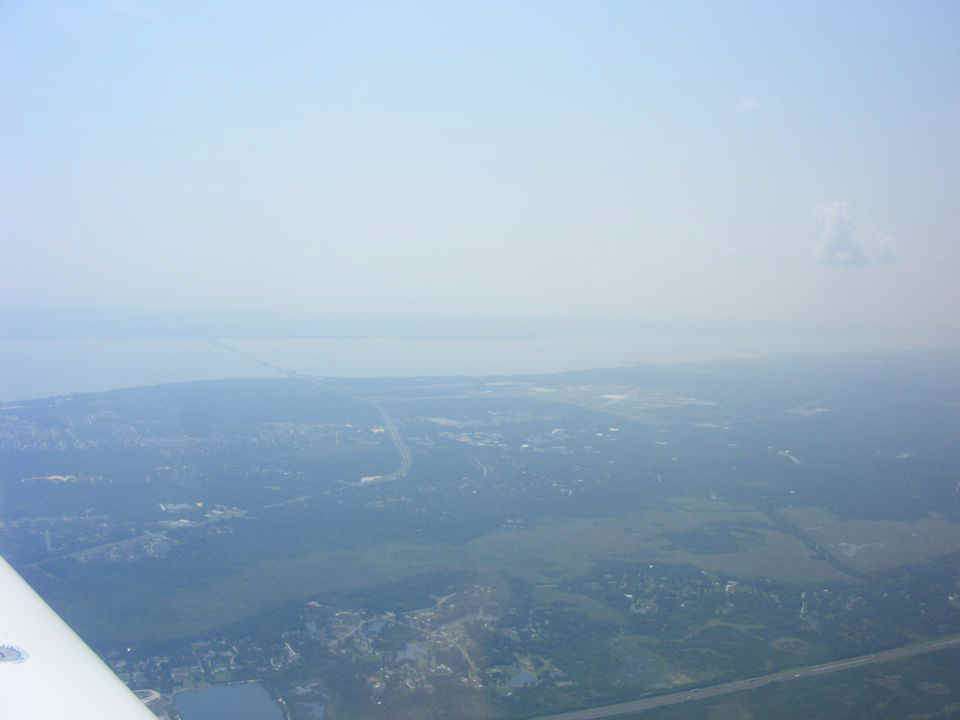 I was listening to the Space Coast Regional Airport control tower at Titusville as a flight of SIX old warbirds were cleared to land and taxi to the museum there.  I was above the top of their Class D airspace and to the west of it when I took this photo. 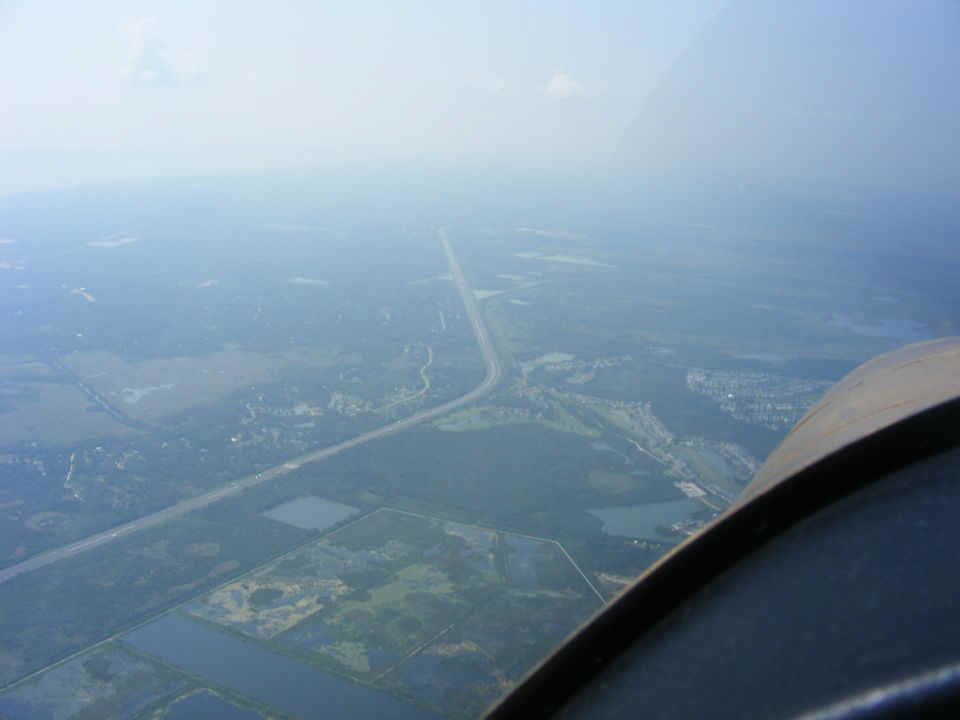 I remembered to take one quick photo as I was turning from base leg to final approach back at Rockledge for my third landing today.  That four-lane road is Murrell Road running parallel to runway 36 which is 2000 feet in length. 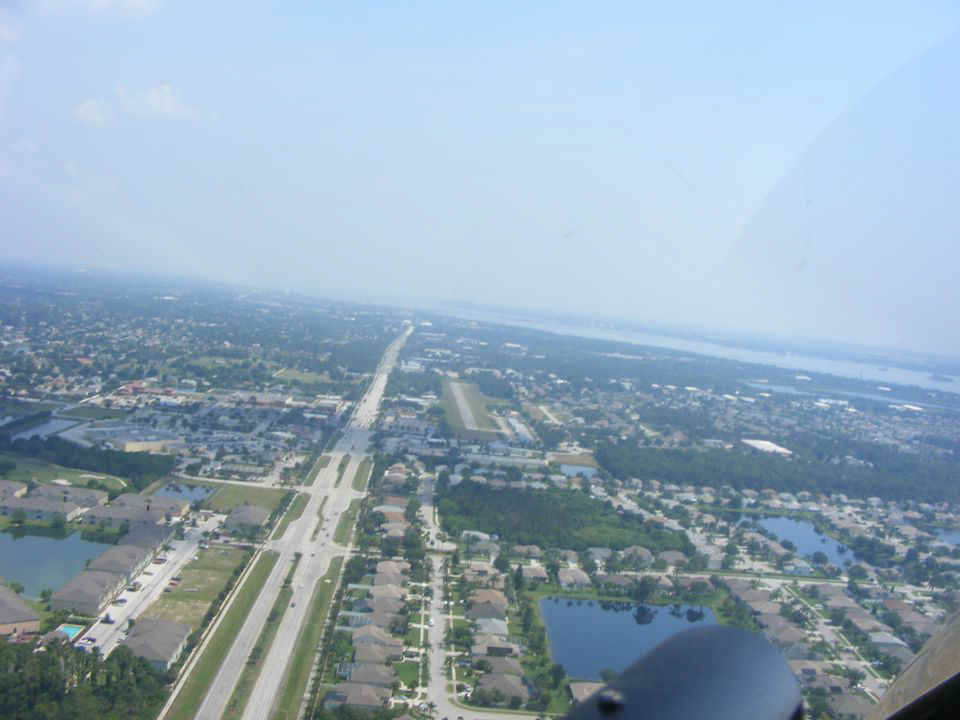 Billy had been moving around the Aventura II amphibians to get my RV-9A back up by the front door.  This one is out in front of the office. 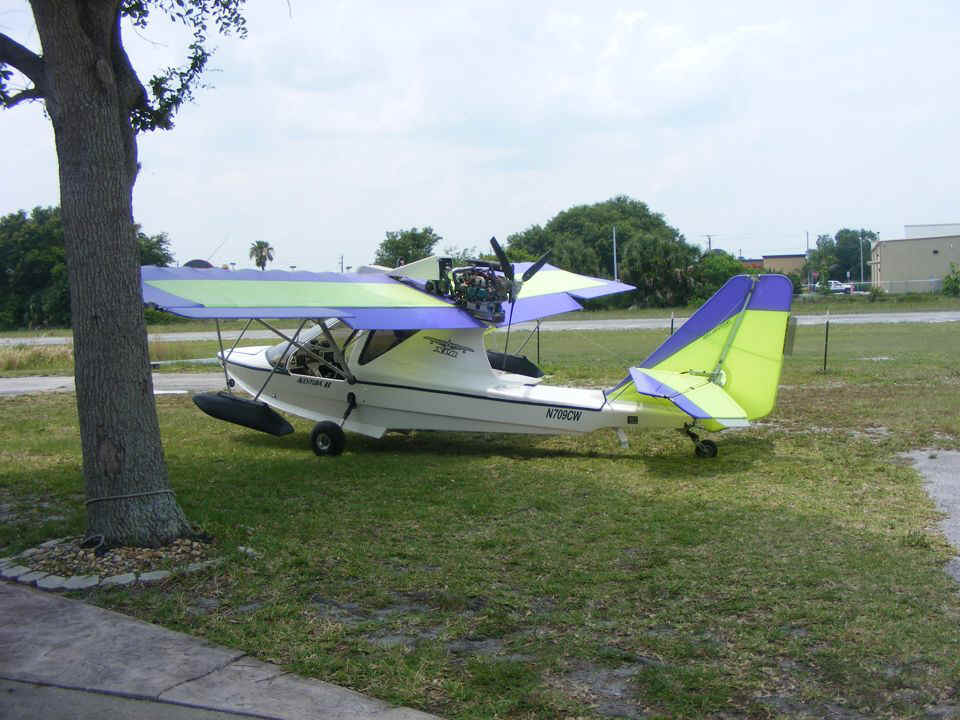 Two more are on the ramp near the hangar doors.  The one on the right has its nose in the garage door adjacent to the hangar. 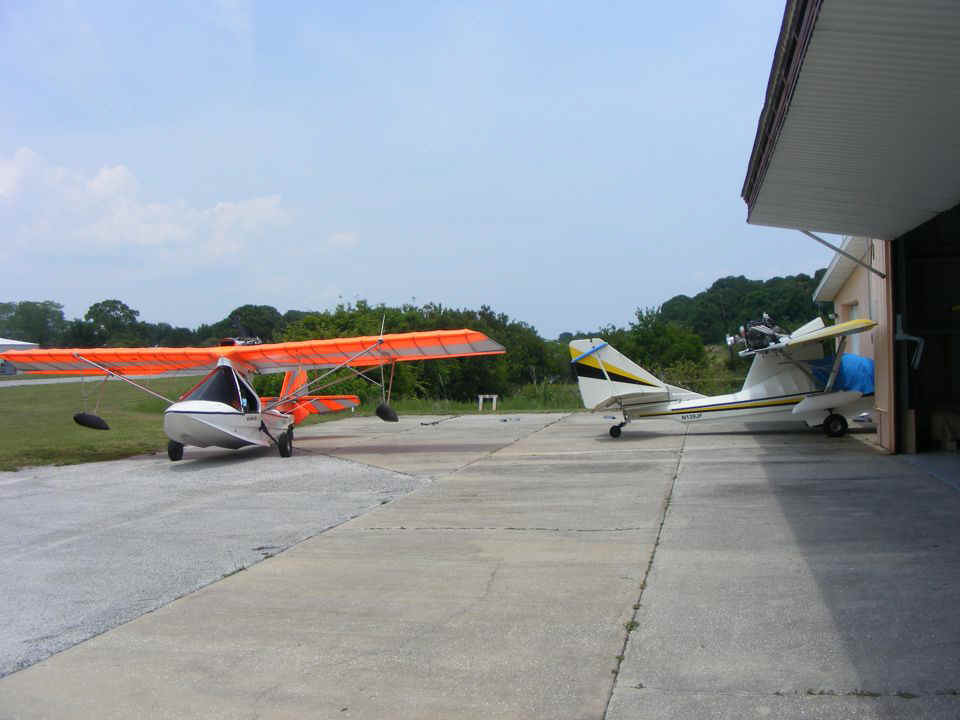 There are two more inside near the north wall of the hangar.  That roll-up door in the back is on the east wall. 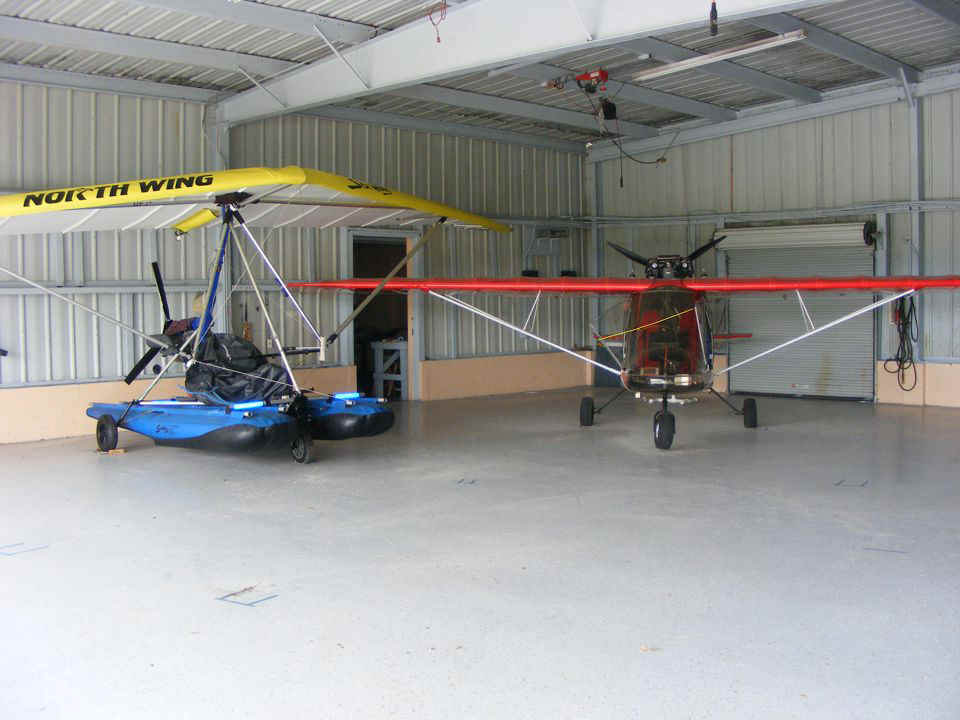 My RV-9A is up front in the southwest corner near the hangar door with one more AV-II in the back at the southeast corner. 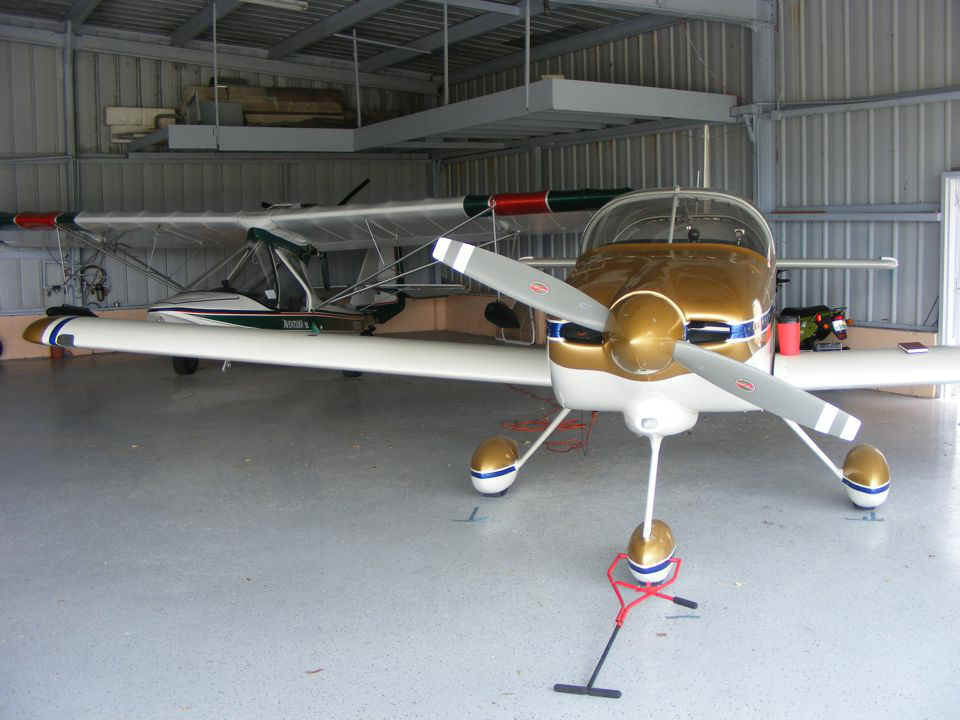 I cleaned the airplane of bugs and dust before heading out for lunch.  A couple of Canadian pilots were asking me about my airplane during the cleaning process.   The Hobbs meter added 1.3 hours for a total time of 355.5 hours.

June 1, 2014:  Sunday is my usual day to update these web pages.  The weather this weekend has not been the best for flying.   I was awakened this morning with the sound of rain on the skylights.  The sun is shining in the office window now but the weather radar and satellite images still show more rain is possible in the Melbourne area.

I have processed my photos from my recent visit to my son and his family in Pennsylvania taken on May 16-17, 2014.  I am fortunate that his home is less than 100 miles from my best customer from my day job.  There is a new entry to my family pages showing those photos.

June 8, 2014:  This Sunday is my wife's birthday.  I will spend it with her to celebrate her special day.

I checked on some maintenance that may be needed on my airplane when I went to the Rockledge Airport yesterday.  I wanted to see how many hours have been flown since my last oil change.  The oil is still relatively clean and should not need to be changed for another 20 hours.  The temperature was 90 degrees with a crosswind at the airport on Saturday.  Working in the shade in the hangar was preferable to going flying.

The airplane with the red wing seen head-on in the second photo above has a new owner and has been moved to a different hangar down the flight line.  That leaves more room in this hangar.