November 10, 2012:  The fly-in lunch at Winter Haven is the reason for today's flight, and to get back in the air of course!   Most of the RV's were parked at this end of the field.  It is a short eight-mile flight from Bartow to Winter Haven.  The Hobbs meter added only 0.3 hours of engine run time from the fuel pump at Bartow to the parking place you see here at Winter Haven.  When I first stood up on the wing getting out of the airplane I was greeted by Eddy Fernandez and Dale Walter, both based at Hollywood / Fort Lauderdale Airport (KHWO).  Dale sent me an email earlier this week alerting me to this event.  Lunch was being served in the shade trees you see here.  There were probably 200 people here for the event. 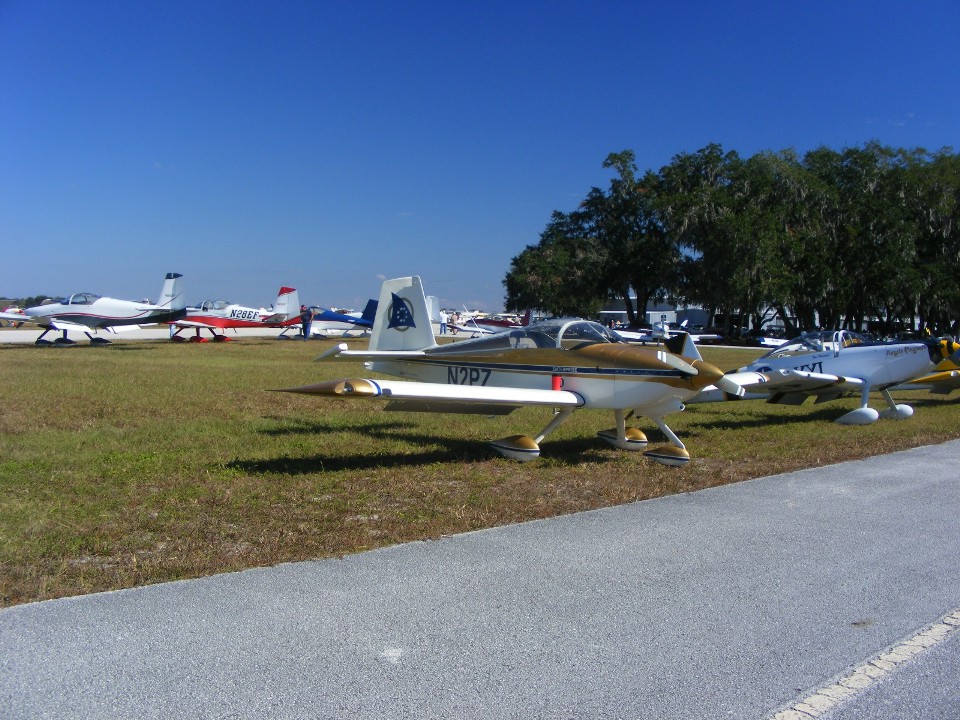 This RV-8 parked next to me was built and flown here by Jim Clevenger from Marion, North Carolina. 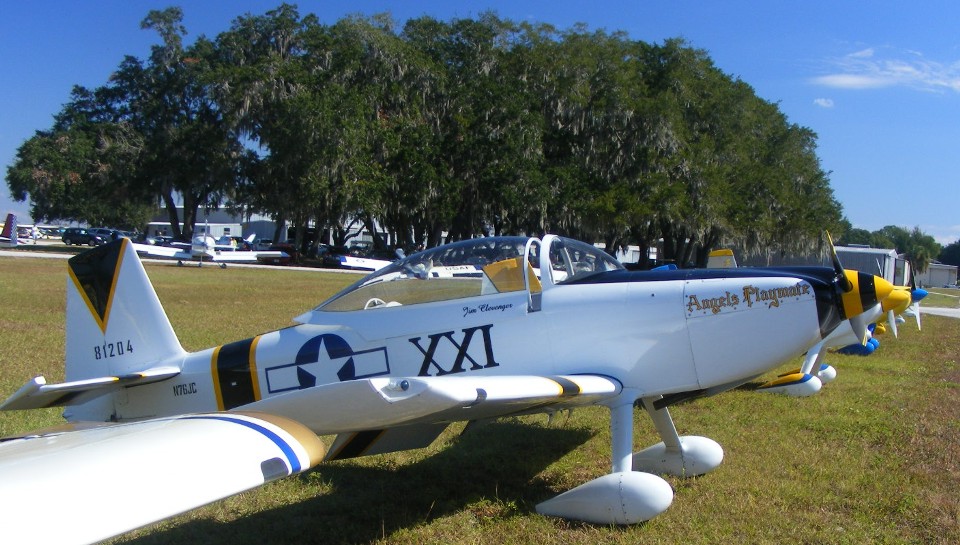 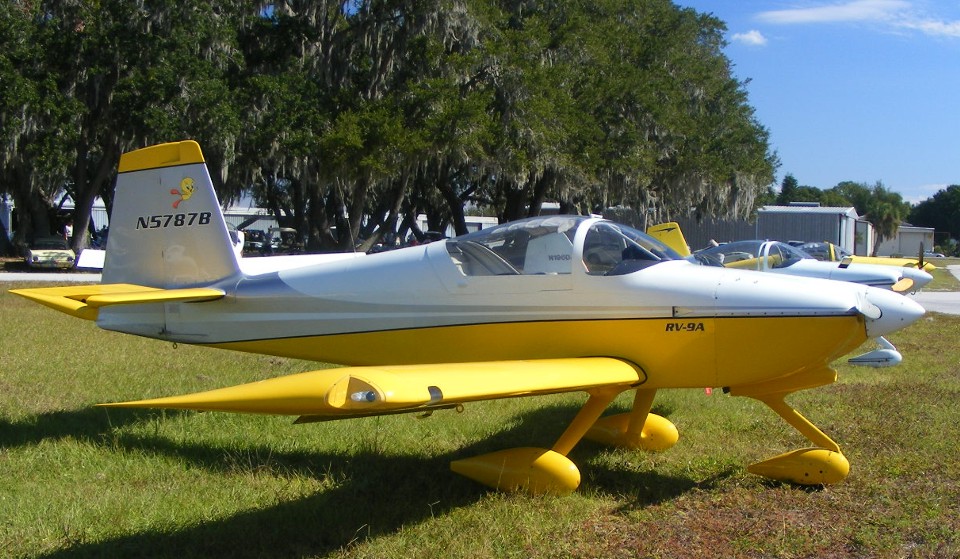 I took several airplane photos after lunch.  Dale Walter wanted to see this RV-3B with a Mazda rotary engine up front.  It was previously owned by Richard Nadig in Collegedale, Tennessee.  The airplane was finished by the original builder in 2003.  Rich had the N46AZ registration put on it.  The current owner is Lassen Finn from Clearwater, Florida.  He is posing for Dale Walter as he is being photographed with the airplane. 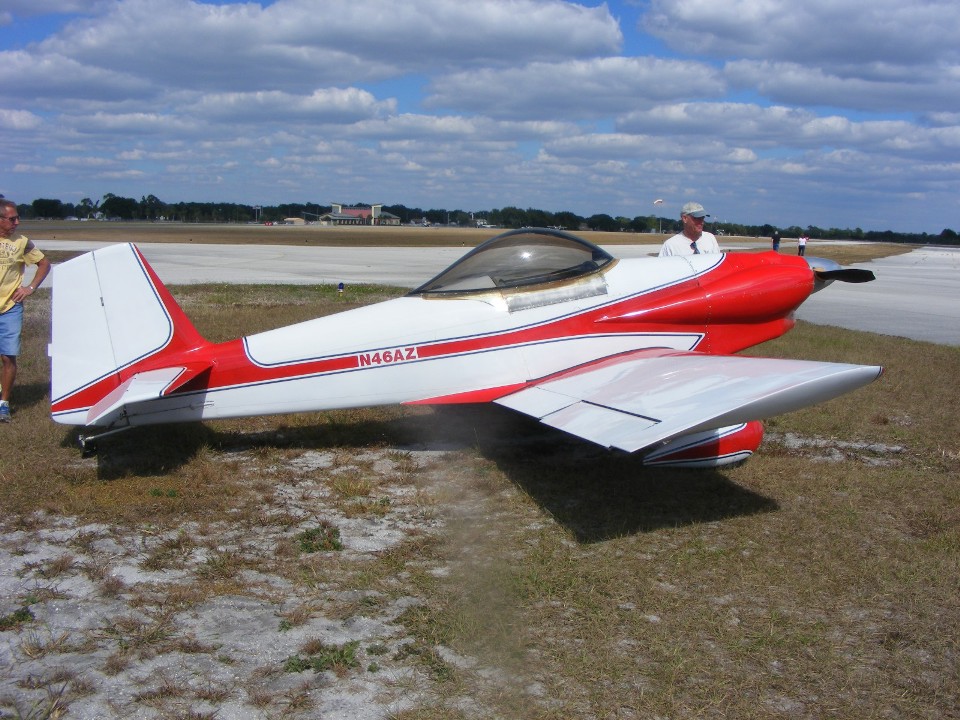 The canopy was not properly latched during a takeoff a while back and was ripped off the airplane. 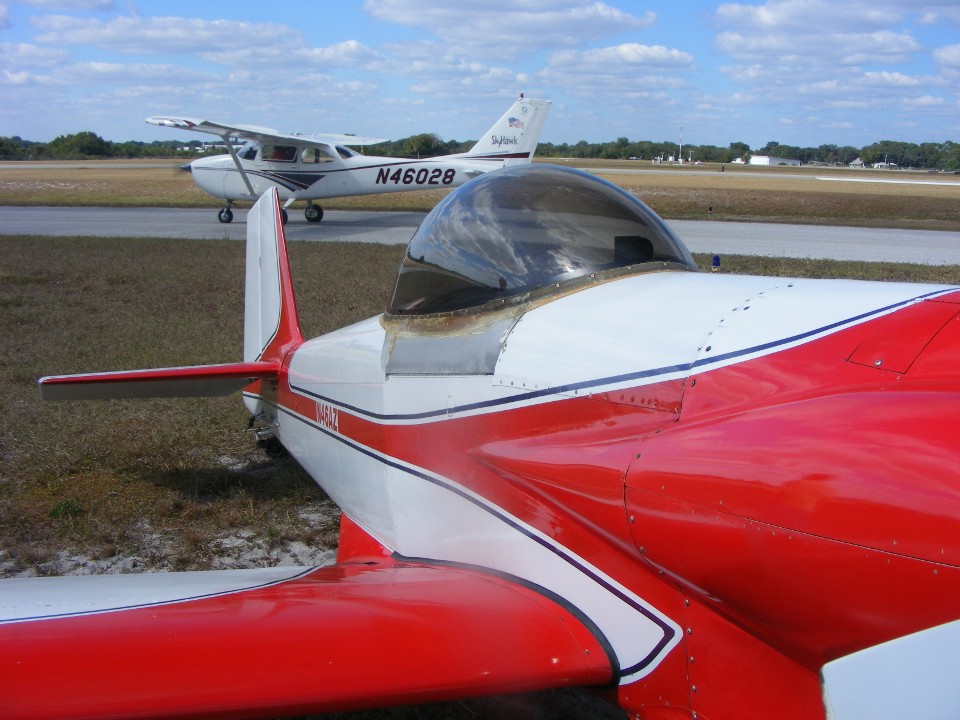 Here is a photo I took March 24, 2008 back at the Collegedale Airport in the hangar used by Rich Nadig at that time. 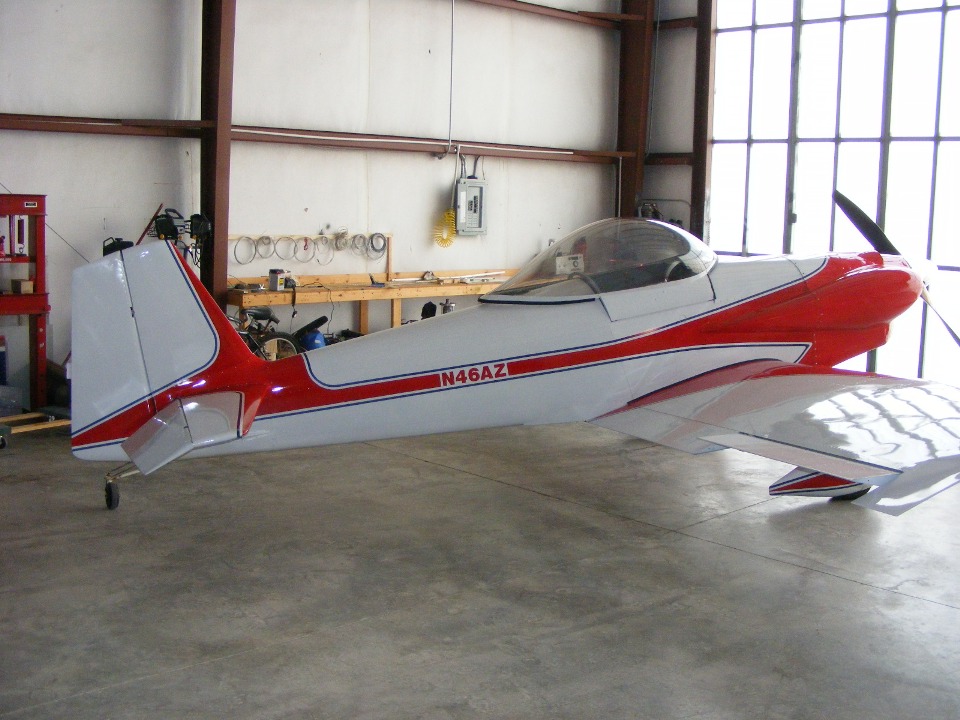 I took this photo of the RV-6 currently owned by Dale Walter.  This is a different airplane from the one he owned when we first met at Love's Landing a few years ago. 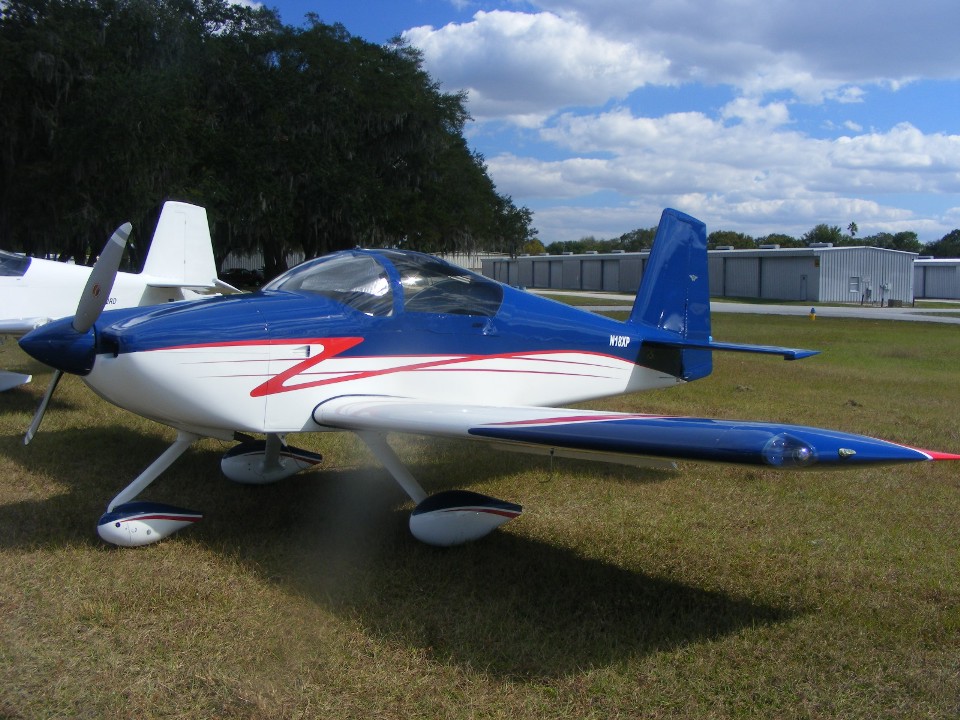 This is the RV-9A built by Eddy Fernandez with him posing out front.  I went to visit him at his home when this airplane was still under construction a few years ago.  He also met me on my first flight to Lantana, Florida with my RV-9A.   Lantana is where I learned to fly. 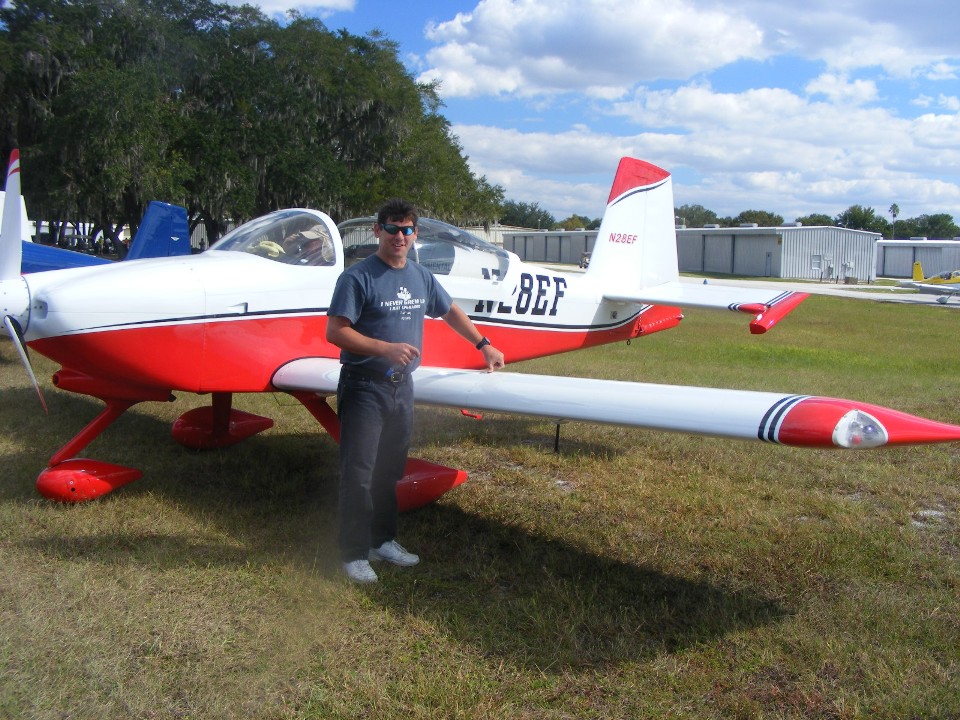 My flight back to Rockledge had a slight headwind as I retraced the route around the south side of the Orlando Class B airspace.  I put those red lines on the chart using my computer.  I could not download my GPS ground track overlay to the Orlando terminal area chart as I can with Street Atlas USA seen further down this page.   The heavy blue lines on the chart show the boundaries of the Orlando Class B airspace north of my red lines.  The lake at the bottom center of the chart with the blue shaded rectangle is part of the R-2901 restricted area for the bombing and gunnery range.  When that place is "HOT", active military aircraft are present and you do NOT go there if you want to stay alive or keep your pilot's license and avoid legal problems.  All this special use airspace is depicted on my GPS display and I plan my flights to avoid those areas as needed.  I did have one flight many years ago when R-2901 was "COLD" and the Miami center air traffic controller cleared me to fly through that area on a return flight from Ocala to Lantana, Florida.

I got a better look at the Saint Johns River and the three lakes in Brevard County near Melbourne flying the last leg of today's route.  The GPS ground speed ranged from 110 to 135 MPH with the headwinds on the way home.  There was a crosswind when I approached runway 36.  It was much less of a factor during the flare and landing.  The GPS indicated engine stop at the Rockledge hangar at 2:03 PM. 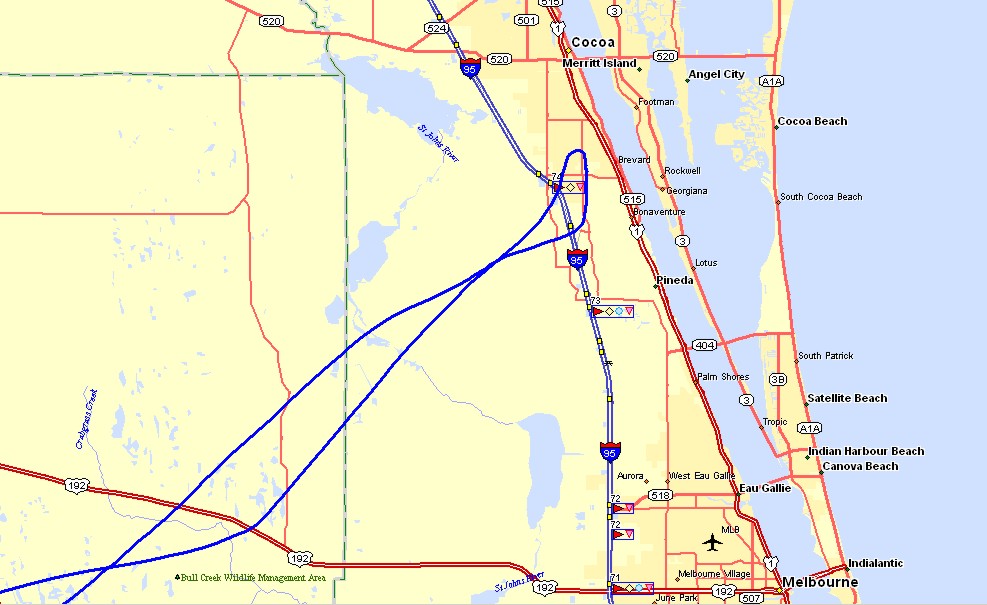 I noticed the airplane was "heavy" when I was pushing it back into the hangar.  I took off the wheel fairings and discovered the air pressure in the tires was lower than normal.  The next time I move it with the tow bar, it should be easier. 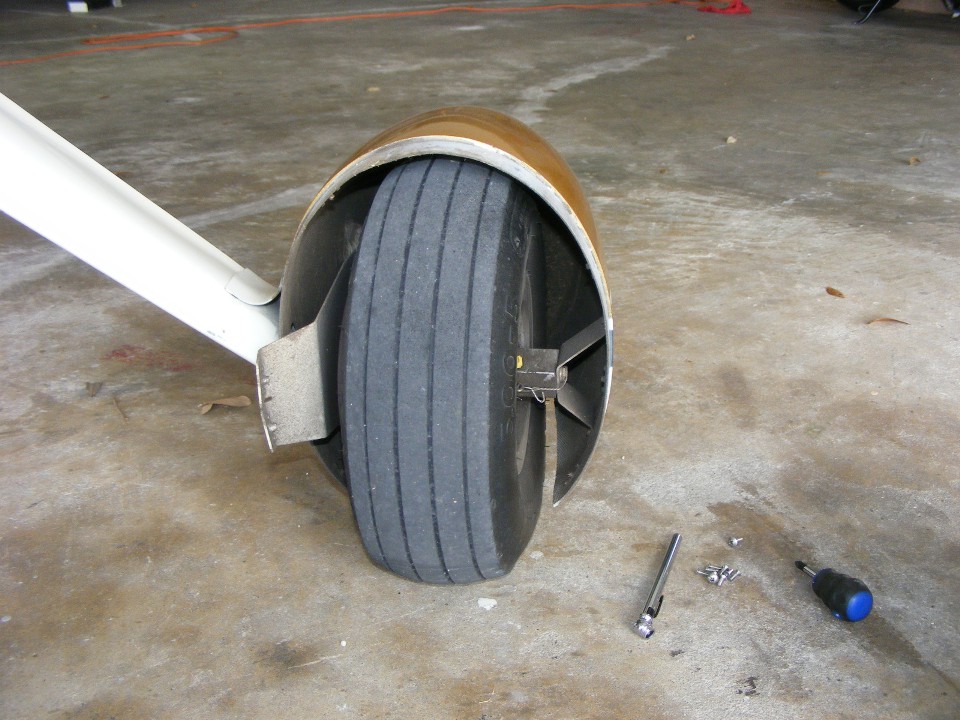 I cleaned up the nose wheel hub when I was putting air into the tire.    That little bit of dried grass came from inside the wheel fairing.  I have no idea if it is left over from Folks Field in Georgia or from today's trip to Winter Haven. 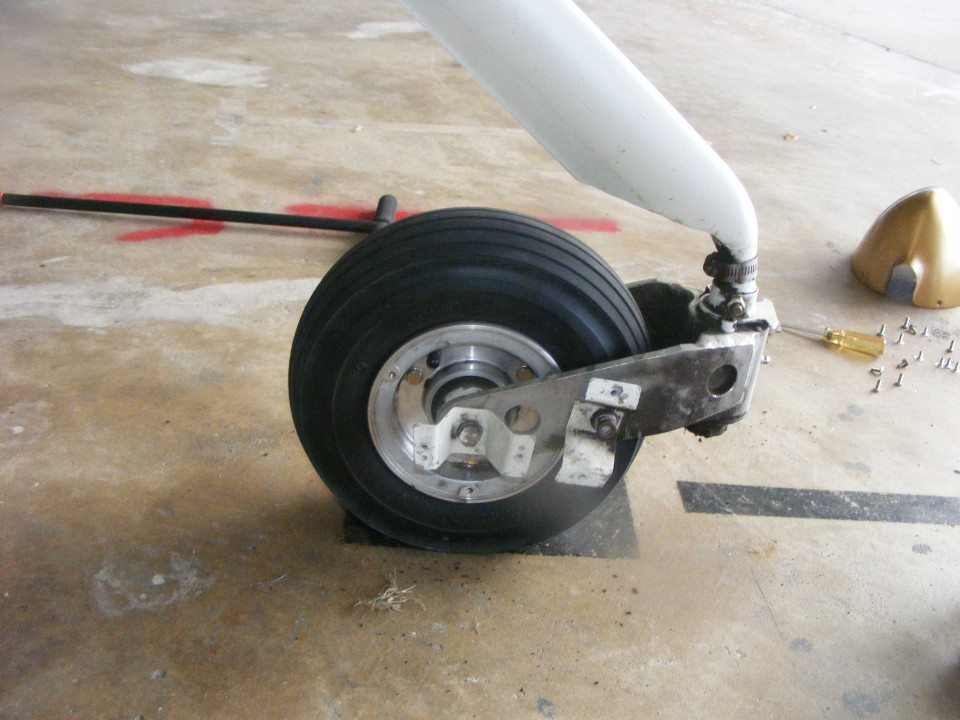 The three flight segments today had a total of 1.6 hours elapsed time for the Hobbs meter that now indicates 340.3 hours for N2PZ.