July 30, 2005:  Mike took a few pictures near his new neighborhood.  That main street you see there is the original US 1 running north through Narragansett and Saunderstown toward Providence, Rhode Island. 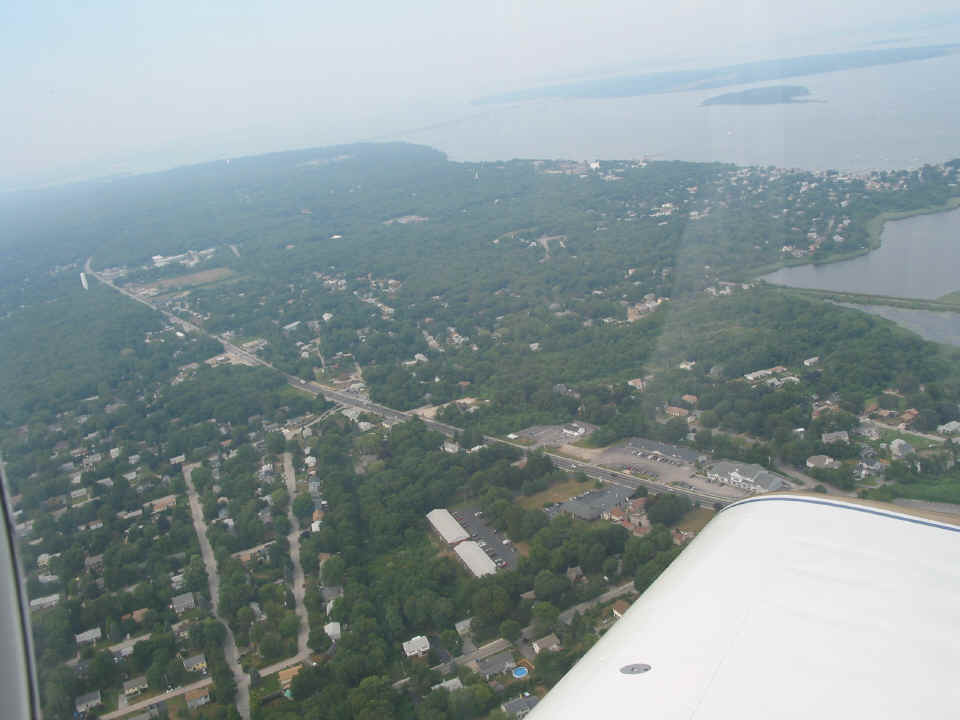 This shot is the same area looking toward the southwest. 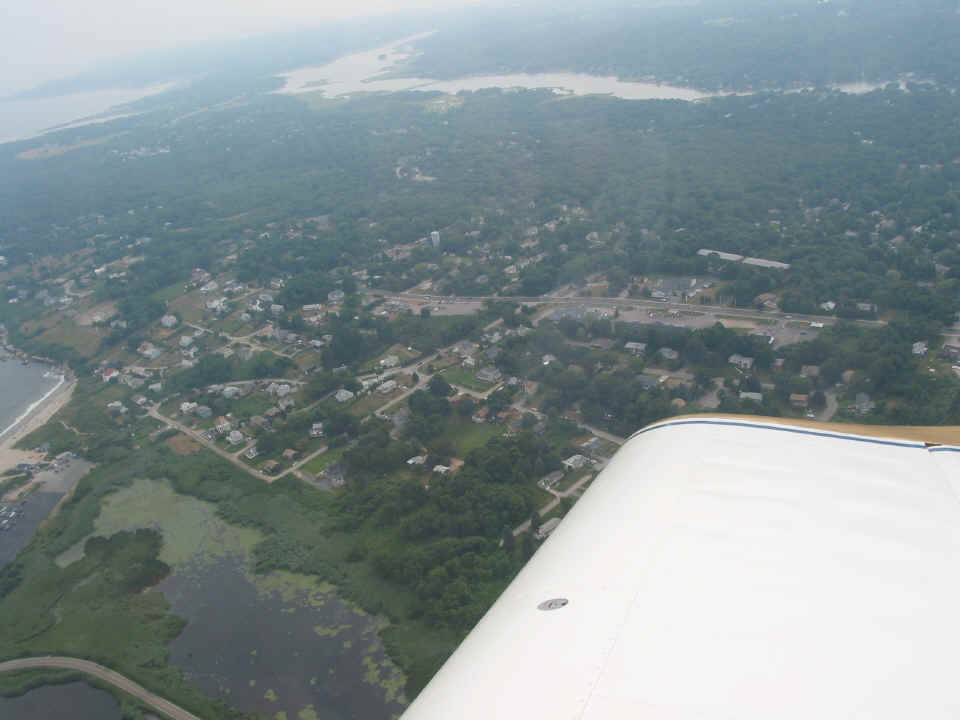 After the flight, Mike posed for this parting shot before Dale and I headed back toward New Jersey.  We were parked next to this Lear Jet model 55 from West Palm Beach, Florida. 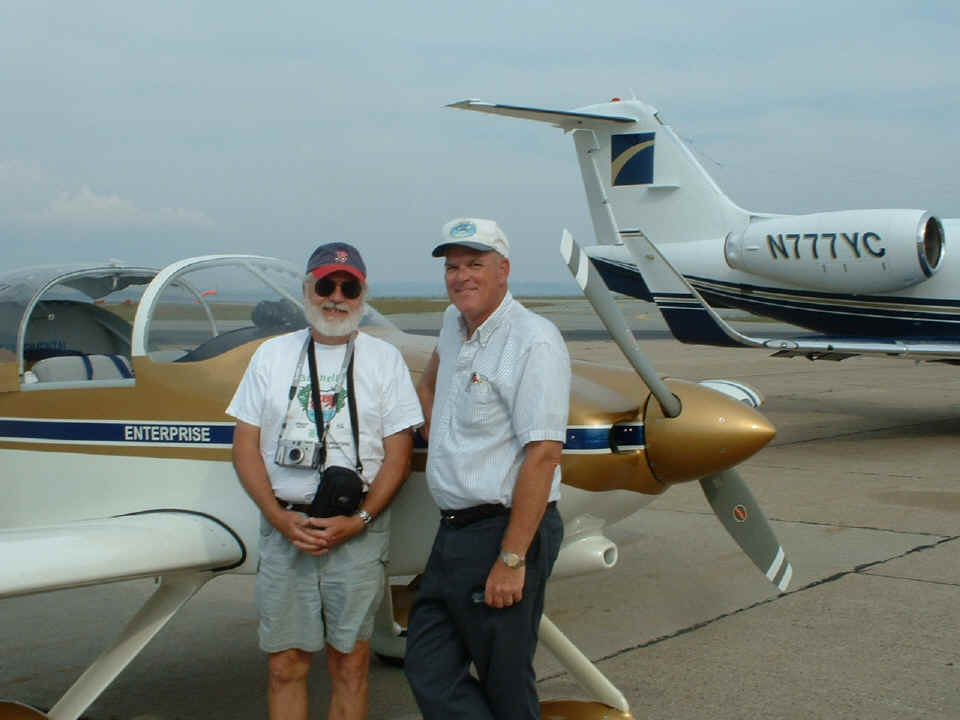 Dale made this self-portrait when I was busy flying the airplane and talking with Providence approach.  I was not aware that he had made the shot until we were swapping photo files back at his home Saturday night.  Take a close look at the reflections in his sun glasses.  You can make out both of his arms holding the camera in one lens and a view of the wing leading edge out the side of the canopy.  The other lens has a reflection of just one arm and the instrument panel with the compass on the top and the center support bar for the windshield roll bar. 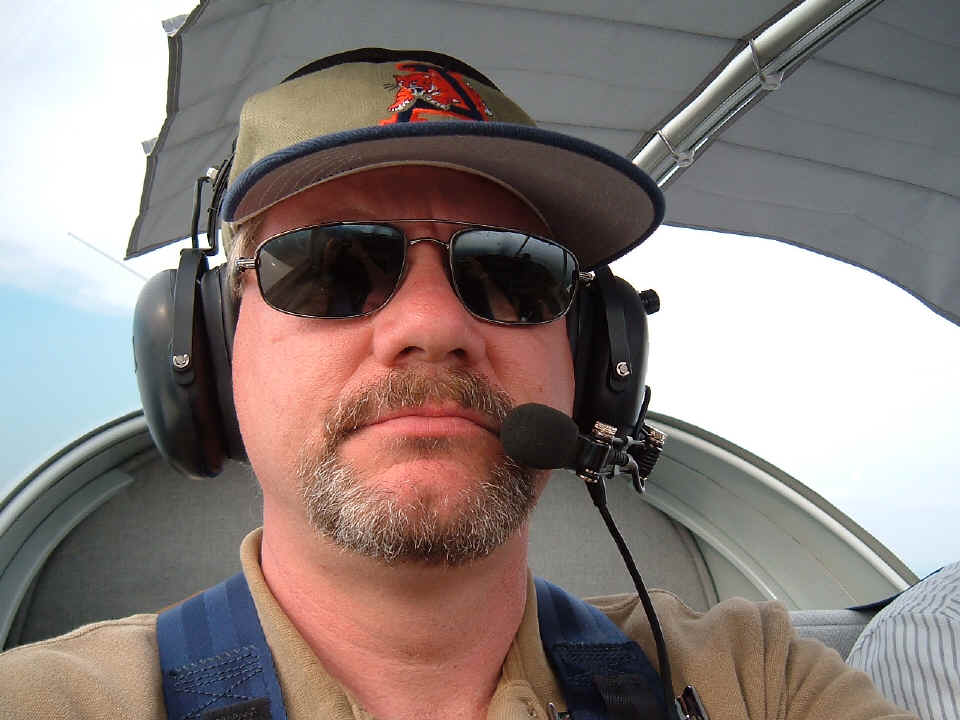 Here we are again back at the Tappan Zee Bridge in a shot from 8,500 feet MSL cruising at 160 MPH.  When I looked to the left at New York City, I realized we could get the low-altitude photos we missed earlier today when the fog and haze were too thick for VFR flight.  I was already talking with New York Approach, so after a quick request, we made two and a half steep turns near the Alpine Tower and leveled out around 1500 feet MSL for the trip down the Hudson River. 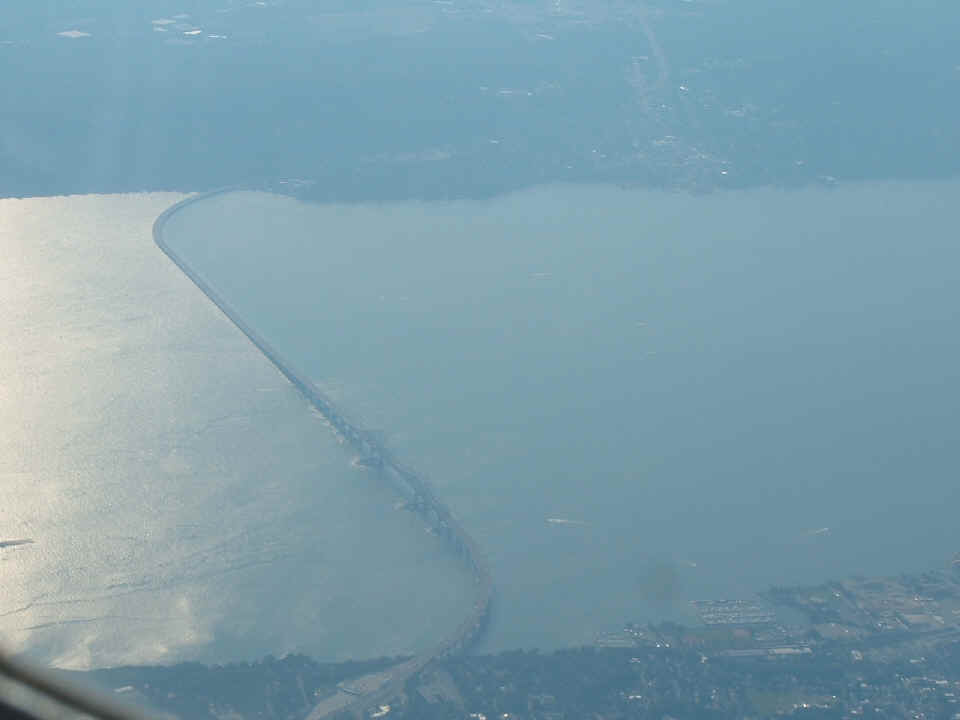 The Alpine Tower is a prominent LARGE tower with MANY antennas on it near Alpine, NJ.  Sorry, we did not get a picture of it, but it was BIG, RED and White, and had the most antennas I have ever seen on a single tower with SIX arms extending from the central tower.  I put a web link to information about the tower above and you can CLICK HERE for that page to see it.  ( I found the links not working when doing my web site maintenance on September 28, 2008.  I did a Google search and found the new web site links.  I decided I should put in the table above to insure the information would be here in the future. )

This is near the north end of Manhattan Island.  The George Washington Bridge (I-95) is coming into view.  The haze is more noticeable now that we are down low and slow (110 MPH). 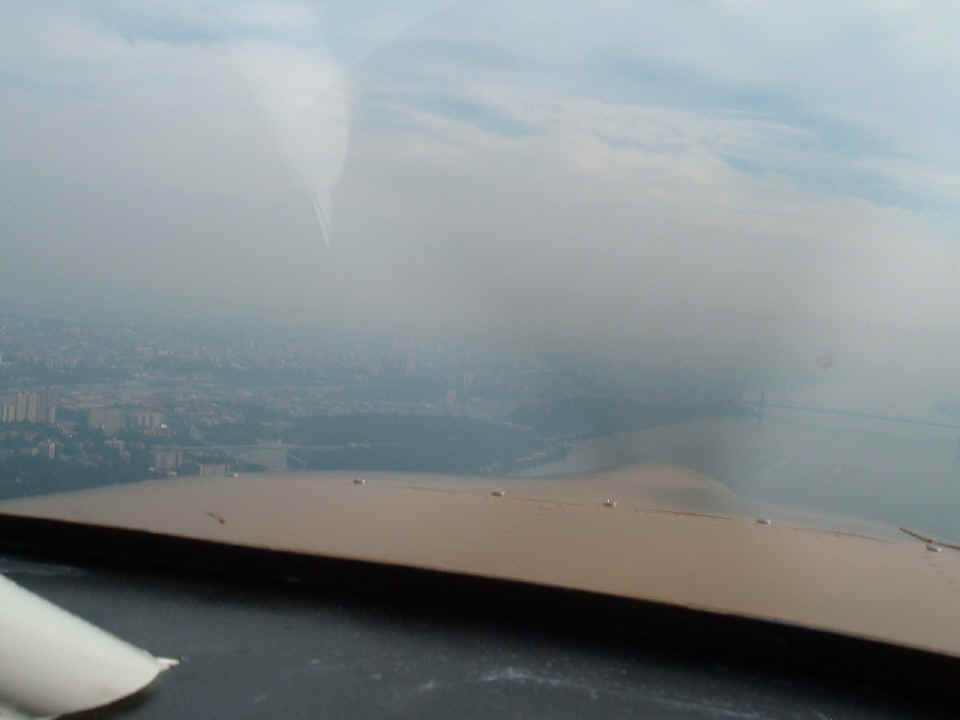 The picture below is captured from a frame of video that was taken with my digital video camcorder.  It shows the Henry Hudson toll bridge that connects Manhattan Island to the mainland at the north end of the island. 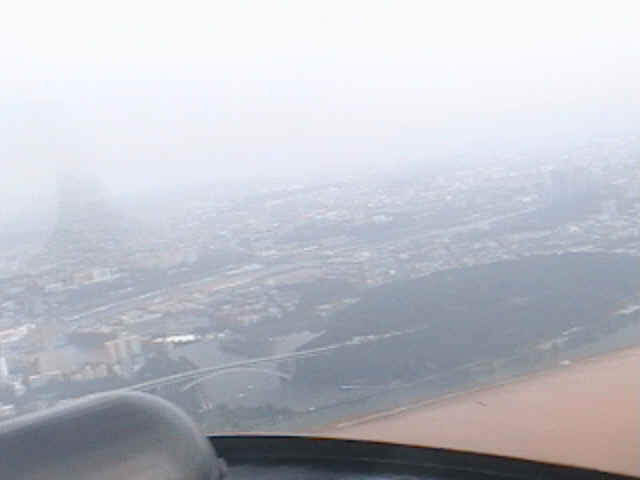 This second captured video frame shows the area just south and east of the George Washington bridge.  I performed some post processing on it to minimize some of the haze.  Front Page compressed the file so the sky appears "blocky". 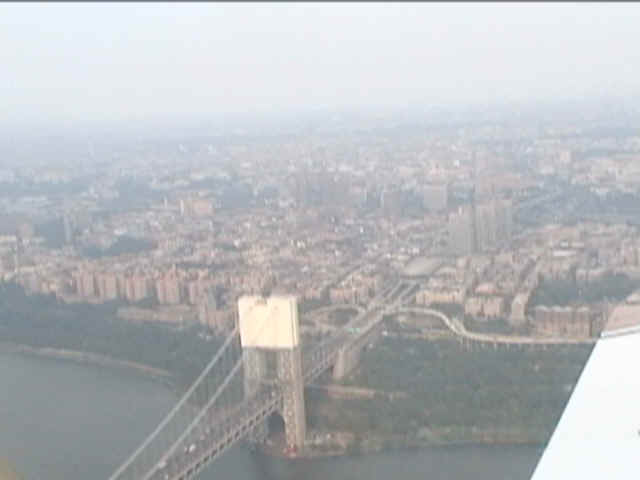